Black History Month salutes the contributions and achievements of African Americans throughout history. Black people have historically worked to improve the field of education, and that tradition continues. In the pursuit of the liberation of Black children, Black educators and scholars have improved educational experiences for all learners.

A discussion around education often leaves out and therefore erases the work of Black scholars.  I would, therefore, like to focus on the work of four Black Educators who have been instrumental in the advancement of Black causes through education.

The sequence in which their names appear is random and not according to their accomplishments which are, all nonetheless, very impressive. 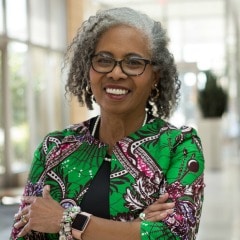 Gloria Ladson-Billings is the former Kellner Family Distinguished Professor of Urban Education in the Department of Curriculum and Instruction and faculty affiliate in the Department of Educational Policy Studies at the University of Wisconsin, Madison. She was the 2005-2006 president of the American Educational Research Association (AERA). Also a fellow native of the lovely city of Philadelphia.

She has become a renowned scholar who has helped change the way teachers teach with her groundbreaking 1994 book “The Dreamkeepers: Successful Teachers of African American Children.” She was the first Black woman to become a tenured professor in UW–Madison’s School of Education in 1995.

She is the author of the critically acclaimed books The Dreamkeepers: Successful Teachers of African American Children and Crossing Over to Canaan: The Journey of New Teachers in Diverse Classrooms, and numerous journal articles and book chapters.

She is the former editor of the American Educational Research Journal and a member of several editorial boards. Her work has won numerous scholarly awards.

During the 2003-2004 academic year, she was a fellow at the Center for Advanced Study in the Behavioral Sciences at Stanford University. In fall of 2004, she received the George and Louise Spindler Award from the Council on Anthropology and Education for significant and ongoing contributions to the field of educational anthropology. 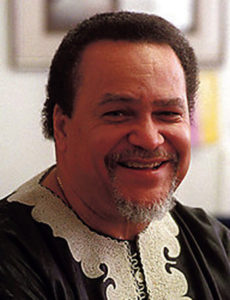 As an educational psychologist, Hilliard also had a passion for African history and culture. He was a founding member and served as vice president of the Association for the Study of Classical African Civilizations and a founding member of the National Black Child Development Institute. Being a school psychologist myself, I find it critical my colleagues in the field know his work.

He wrote countless articles on ancient African history, teaching strategies and public policy. In addition to his numerous publications he has also received hundreds of honors and awards.

Dr. Hilliard was the recipient of the Outstanding Scholarship Award from the Association of Black Psychologists; the Morehouse College “Candle in the Dark Award in Education;” American Evaluation Association, President’s Award; Republic of Liberia Award as Knight Commander of the Humane Order of African Redemption; and the National Alliance of Black School Educators, “Distinguished Educator Award.” Hilliard was an American Psychological Association fellow and a recipient of honorary degrees from several institutions.

Dr. Hilliard’s career was dedicated to exploring ways to better educate children and to teach the truth about the history of Africa and the African diaspora. He developed African centered curriculums and led study groups to Egypt and Ghana frequently throughout his career. As a board certified forensic examiner, Hilliard would lend his expertise as an expert witness in federal landmark cases on test validity and biasness.

In 2001, Dr. Hilliard was given the name Nana Baffour Amankwatia, II, which means generous one. His contribution to the field is evident in the generous amount of his works published to guide future educational psychologists, teachers and historians. He also co-authored the book Young, Gifted and Black: Promoting High Achievement among African American  students  with Dr. Theresa Perry and Dr. Claude Steele, another important text for educators and school psychologists. 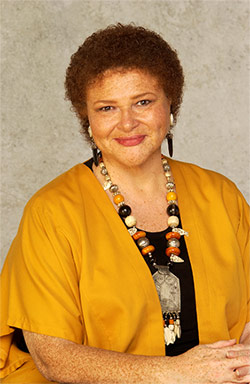 Over the past four decades, education researcher Dr. Lisa Delpit has worked ardently to promote anti-oppressive teaching practices and reforms to language and literary education. Amid the “process vs. skills” debate of the 1980s, Delpit emerged as a groundbreaking advocate for educational access for students of color.

Dr. Delpit was raised in a time and place where Black women could not try on a hat in a department store — a time and place when Black children were unable to attend school with whites. Her upbringing and her experiences growing up in the Jim Crow era helped prepare and motivate Delpit to fight for equality and social justice. Her commitment led her to become a force in the education system.

Dr. Delpit’s placement as one of the foremost educators and writers on the subject of culturally-relevant approaches to educating students of color began with a series of eloquent, plain-spoken essays in the Harvard Educational Review. As an African-American researcher, Dr. Delpit’s emphasis has been elementary education with a focus on language and literacy development. She has also been concerned with issues relating to race and access granted to minoritized students in education.

Dr. Delpit observed that many progressive educators emphasized process over skills, an approach that disadvantaged many students, she argued. Educators should teach students of color and students from low-income households the rules of the “culture of power,” including the dominant discourse of White middle-class Americans, she wrote, because “to act as if power does not exist is to ensure that the power status remains the same.”

Dr. Delpit argued that teaching students the discourse of oppression was not intended to maintain the status quo in society, but rather to give students the tools to transform it. Teachers must also learn the cultures of their students and honor their students’ expertise. Her book Other People’s children: Cultural Conflict in the Classroom is a must read for those in education. 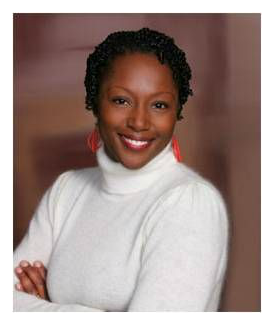 Dr. Morris has written dozens of articles, book chapters, and other publications on social justice issues. She has also lectured widely on research, policies, and practices associated with improving juvenile justice, educational, and socioeconomic conditions for Black girls, women, and their families.

Dr. Morris was a 2018 TED Women speaker and is an executive producer and co-writer for a documentary film, PUSHOUT, which explores how exclusionary discipline impacts Black girls in the United States. Her critically acclaimed book, Pushout: The Criminalization of Black Girls in Schools, opened the world’s eyes to the intersectional experience of Black girls.

Dr. Morris is the first Executive Director of Grantmakers for Girls of Color. This is an organizing space for philanthropy to engage in the urgent and necessary investments that will help to transform narratives, structures, and cultures that impact the lives of girls, fem(mes) and gender expansive youth of Black/African, Native/Indigenous, Latinx, Muslim, and Asian Pacific American descent.

She is also the Founder and Board Chair of the National Black Women’s Justice Institute (NBWJI). The NBWJI works to interrupt school-to-confinement pathways for girls, reduce the barriers to employment for formerly incarcerated women. It also works to increase the capacity of organizations working to reduce sexual assault and domestic violence in African American communities.

I think this post I tweeted a while back highlights why I think the field of education should be listening to Black scholars.